Get exclusive acces to free books and other products on Patreon.

Greatest Evidence that Joseph Smith was a Prophet

So many miracles, revelations...but what is the single greatest evidence of his Divine Calling?

5 Archeological Evidences for the Book of Mormon

Greatest Evidence that Joseph Smith was a Prophet of God

Okay, I’m determined to do this in 1500 words or less. It deserves more. Truly, I can answer with four words. Some’ll roll their eyes ‘cause, frankly, it’s so

predictable! So expected! Yet as I explain it, it’ll make perfect sense. (Drum roll please.) [with cymbal crash, just for flare]

The greatest evidence that Joseph Smith was a prophet of God is the Book of Mormon.

What’d you expect to hear? That he healed Elsa Johnson’s withered arm?[1] Or raised William Huntington from the dead?[2]

I gotta add 5 more words: Another Testament of Jesus Christ. 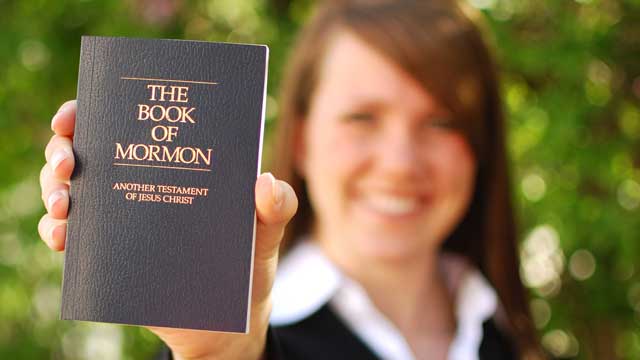 They added that subtitle in 1982, mere months after my baptism. At first, I wasn’t sure I liked it. Many of my friends discouraged me from joining the Church because, said they, Mormons weren’t Christians. Huh? Had they ever read the Book of Mormon’s inside Title Page or sat through a Sacrament Meeting? I knew this was silly, so I thought, “Why appease our critics? We don’t have to apologize to anyone!”

Well, I’m older now, so I say, “Appease away!” That book doesn’t belong to our critics. It belongs to us. Moreover, it belongs to God. If His prophet wants a subtitle, let there be a subtitle. Besides, it identifies exactly what the book is, so . . . Amen and Amen.

You could easily argue that the Book of Mormon is the most influential book of the past 200 years. It has motivated more written words—positive and negative—than any book published in the Western Hemisphere—ever! 200 million copies have been printed in more than 110 languages.[3] Still, in the highbrow world of “literature”, this has little meaning. In 2016, the Library of Congress dubbed it the 4th most influential book that has shaped America. It was beaten out by The Fountainhead, Slaughterhouse Five, and Little House in the Big Woods. If you’ve never heard of those titles, don’t worry. The list is subjective and changes annually according to whims and moods. Yet it’s curious that “most influential” should be ascribed to the two novels at the top of this list, whose combined “copies in print” number less than 12 million. That’s copies ever printed.[4]

The “miracle” is that the Book of Mormon exists at all. For that honor, Joseph must share credit with its ancient authors and compilers, particularly Mormon

and Moroni, who painstakingly etched a thousand years’ worth of sacred records onto a single set of plates.

Robert K. Dellenbach of the First Quorum of the Seventy pointed out, way back in 1995, that when the Church undertakes to translate the Book of Mormon into another language, multiple translators are enlisted using computers, word processors, lexicons, and encyclopedias. Each extensive step is critically analyzed by further experts. Even with advanced technology, the process takes about 4 years per translated edition.

Joseph and Oliver, having no telephone, no dictation equipment, no word processor, copy machine, or even modern electricity, doing daily chores and under the constant pressure of mobs, translated Mormon and Moroni’s record into English in about 63 working days.[5] Elder Dellenback added:

"I had the glorious experience of quietly examining several

pages of Joseph’s original manuscript of the Book of Mormon, which is safely protected in the Church archive. I was overwhelmed at the purity of the transcription, which had only a very few insignificant corrections, such as a misspelled word. Joseph’s original manuscript is so perfect it could only have come from one source—divine revelation."[6]

The miraculous events describing how the Book of Mormon came to be are told and retold: angelic visitations, eyewitness accounts, as well as numerous diabolical efforts to derail its publication (all thwarted). Still, no one alive today was actually there. What remains is the volume itself. And that’s enough. That, and the simplicity of how to know if it’s true, which is outlined in Moroni 10:3-4, and also summarized in James 1:5: “If any of you lack wisdom, let him ask of God.”

That’s not a formula. Not a recipe. It’s an action. An act of faith. A direct promise from a loving God who intimately knows each of our individual needs and will respond.

How does that happen exactly? What does a witness from the Holy Ghost feel like? Many have tried to describe it. A few commonalities emerge—an "overwhelming feeling”, a “burning in the bosom.” However, recipients of this witness often shrug and say, “I just know.” This witness is apparently meant to defy nouns, verbs, adjectives, and adverbs of human language—intentionally! We aren’t supposed to be able to describe it. It’s that sacred. That personal. We must seek it for ourselves. This light—this oil—cannot be shared.

In today’s secular world of science and psychology, where feelings and impressions are routinely dismissed as the byproduct of chemicals, hormones, and ham sandwiches, an effective tactic of the adversary has been to undermine or obliterate anything identified as a spiritual experience. As the host of a popular TV show recently opined, “It’s one thing to talk to Jesus. It’s another thing when Jesus talks to you. That’s mental illness.”[7]

Joseph Smith recorded that the angel Moroni told him that his “name should be had for good and evil among all nations, kindreds, and tongues” (JS-History 1:33). Another of Joseph’s prophecies fulfilled, by the way, for those keeping score at home. For people who believe that the forces of good and evil genuinely exist in this world, this should engender a natural expectation. Listen closely: If the Book of Mormon is true—if it is the greatest single evidence that Joseph Smith was a prophet—the prevailing public outcry should be that people not read it at all. And that’s exactly what we see. Catholic author and scholar Thomas O’Dea may have summarized it best when he said, “the Book of Mormon has not been universally considered by its critics as one of those books that must be read in order to have an opinion of it.”[8]

Clever. You’ve gotta hand it to the Church’s enemies. If I was the adversary, that’s how I’d do it! If I can channel Screwtape, his instructions to Wormwood would be: “Don’t let them touch it. Don’t let them smell it. Don’t even let their eyes linger on a page. Mock and scorn anyone who thinks he must immerse himself in its verses to pass judgment. If he insists, convince him to read only passages circumscribed by damning anti-Mormon rhetoric. Rule #1: NEVER allow man and book—or woman and book (‘cause we know that Screwtape would be meticulously politically correct)—to be alone in the same room or any other setting conducive to quiet contemplation.”

Hey, this strategy of not reading it works! Even for some Church members! Why alter what works? I suppose one might try an argument like this: “How do you knowww Existentialism isn’t true? Have you actually read Kierkegaard or Nietzsche?”

The difference is that no philosophy or organization in modern history has been so bold in its assertions. I don’t just mean miraculous claims about Joseph Smith and the Book of Mormon, but the sheer audacity of declaring that the Church of Jesus Christ of Latter-day Saints is “the only true and living church upon the face of the whole earth” (D&C 1:30)—the “gatekeeper”, if you will, of all the ordinances of humankind’s salvation and exaltation.

provide such a mountain of documentation. The Church is less than 200 years old! The abundance of material that accompanies its assertions is overwhelming, which is why we strongly advise the simpler route: Just read the book. If it is what it says it is, everything else falls into place. This is why this volume will forever remain the greatest single evidence of Joseph Smith’s divine calling.

Elder Jeffrey R. Holland, while bearing his own powerful testimony of the Book of Mormon, quoted his grandfather,

George Cannon: “No wicked man could write such a book as this; and no good man would write it, unless it were true and he were commanded of God to do so.”[9]

Such statements ought to be verifiable. Testable. You deserve to know, no matter your intelligence, background, or circumstances. I declare that you can know. To anyone who harbors doubts about Joseph Smith, we invite you to read the evidence that the prophet left us: The Book of Mormon, Another Testament of Jesus Christ.

[4] In 2016 bloombergquint.com reported that The Fountainhead by Ayn Ran had sold about 6.5 million copies. In 2012 Slaughterhouse-Five by Kurt Vonnegut was estimated to have sold 5 million copies (http://antickmusings.blogspot.com/2012/11).